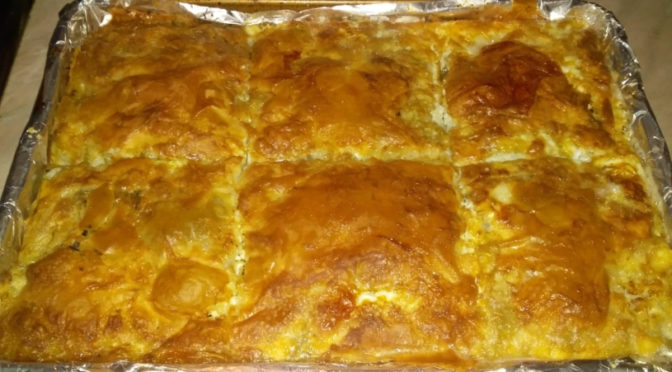 Here is an excellent read (with the occasional typographic error) for anyone who ventures in the wilds. The US Navy SEAL Survival Handbook.

Some years ago together with a colleague I was doing geological traverses across the Earaheedy Basin in the deserts of Western Australia – in January. Mapping along a traverse and only navigating with a compass in the early morning, I walked across the stratigraphy and then reversed course to locate the vehicle parked in thick scrub. My colleague was several kilometres away exploring access options to the west.

Counting paces (before portable GPS) I returned on the reverse compass bearing but could not locate the vehicle. Given that midday temperatures were in the high 40s I quickly realised that this was a potentially life threatening event. Important in this situation not panic. I sat down had a cup of tea and a biscuit and developed a strategy. I very carefully walked to the east 400 metres – no vehicle. I retraced my steps and traversed a mere 100 metres to the west to locate the vehicle.

An excellent read with entertaining anecdotes and much useful information. The overarching message, go prepared and when faced with a challenge avoid panic, sit and have a cup of tea and a biscuit.

One our my favorite artists, Worakyls, will be performing at the Zenith Toulouse Metropole, Toulouse France, Sunday November 10, 2019.  The event opens with Worakyls typical electronic music and finishes with his fusion classic-electronic- jazz orchestra.

You are invited. Go here to book

We will be spending a few days in Toulouse around the event, then driving down to the Pyrenees for 3 days and then up through Bordeau to spend 4 days in Poitiers. Message me if you are coming. 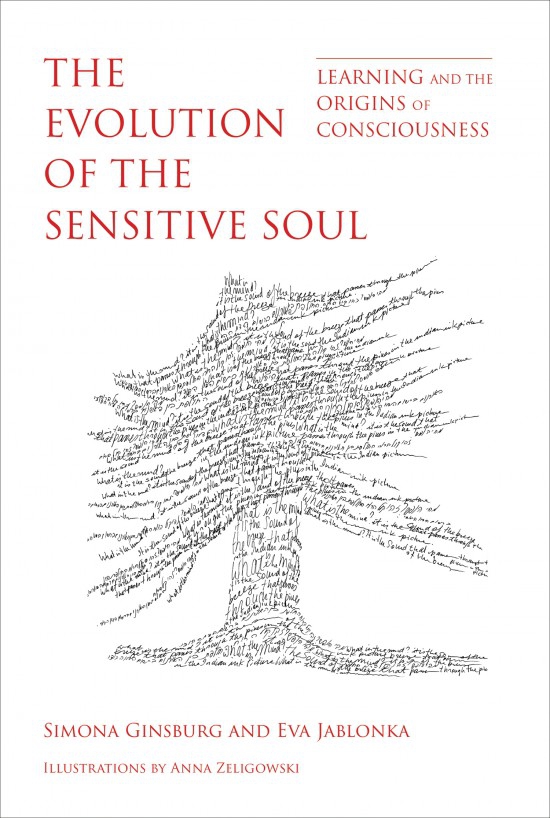 A new book from Simona Ginsburg and Eva Jablonka addresses this very issue.  In a complex and challenging book, the authors discuss the origins of consciousness from an evolutionary perspective.  They postulate that capability to learn was the driving force in the evolutionary transition to basic consciousness and it occurred during the Cambrian.

This thought-provoking book has provided me with a new way to imagine the dynamics of the Cambrian Explosion and its impacts on life on this planet today.  A tour-de-force on consciousness study, recommended.

During the Cambrian, at the end of a protracted ice age when most of the earth was covered in ice sheets, the most remarkable period in the history of life on earth began.  Termed the Cambrian Explosion or Cambrian radiation it commended around 541 million years ago when most major animal phyla appeared in the fossil record and some which are no longer represented.  What has most fascinated geologists and evolutionary biologists is that Cambrian Explosion occurred in over a period of a mere 13 or million years.

There is evidence of life on earth as far back as 3.6 billion years, but prior to the events commencing in 541 MA most organisms were simple, composed of individual cells and occasionally organized into colonies.  They were soft-bodied, and their poor preservation has been a major obstacle to understanding the evolution of plant and animals on earth prior to the Cambrian.

The authors ask the question “What marked the evolutionary transition from organisms that lacked consciousness to those with consciousness—to minimal subjective experiencing, or, as Aristotle described it, “the sensitive soul”?

The book is divided into two parts.  Chapters 1 through 5 provides an historical, biological and conceptual foundation for a discussion of consciousness.  Their point of departure for their discussion is Aristotle’s “soul” the dynamics of living beings, and its different manifestation in different types of organisms; the “nutritive and reproductive soul” which involved self-maintenance and reproduction and is present in all living beings; the “sensitive soul” which is equated with the living organization of sentiment, subjectively experiencing beings; and the “rational soul” which is special to reasoning humans.  This section offers and outstanding summary of the state of knowledge and research on consciousness.

Chapters 6 through 10 develop their evolutionary arguments.  They propose that the evolutionary marker of basic or minimal consciousness is a complex form of associative learning, which they term “unlimited associative learning” (UAL). UAL enables an organism to ascribe motivational value to a novel, compound, non-reflex-inducing stimulus or action, and use it as the basis for future learning. Associative learning, Ginsburg and Jablonka argue, drove the Cambrian explosion and its massive diversification of organisms. Finally, Ginsburg and Jablonka propose symbolic language as a similar type of marker for the evolutionary transition to human rationality—to Aristotle’s “rational soul.”

I suspect that there were definite advantages for early Cambrian life to have been sensitive to light.  This would have allowed life to find the most productive niche with the greatest resources.  This likely rather quickly became a biological arms-race with better “sight” producing a competitive reproductive advantage.  Predation would have simply accelerated the evolution of sight and that requires increased processing capability and a larger collection of neurons.  With predation came awareness almost as a necessity to find a meal and with increased mobility, reproduction.  Sight then would seem to be the most significant evolutionary event which drove the early stages of the Cambrian Explosion however subsequently, increased processing capability over time would have played a pivotal role in the evolution of predation and earliest awareness.

I am planning a trek up Java’s highest (and active) volcano, Mt Semeru at 3,676m ASL.  The trek will start in Jakarta with flights to Malang and then vehicles to the start of the trek.   Schedule:

Cost including all accomodation from 6th through the 11th inclusive, including 2 nights in Jakarta and two dinners which will include presentations from local geologists, transfers, all meals (dedicated camp cook) and personal porter.  A data package on the geology and volcanology of East Java will be provided in paper and GIS formats prior to departure.  Cost includes . COST:  US$1,100

This is a demanding trek, no climbing skills required however.  Please message us in the event that you wish to participate. Does not include travel/medical insurance coverage.  You will be required to show proof of coverage and execute a waiver before participation.

Just returned from three weeks in the Himalayas –  truly wonderful.  The mountains and the geology were wonderful.  We walked from moderately deformed Lesser Himalayan Series though the Metamorphic Core of the Orogen and across the South Tibetan Detachment Fault into weakly deformed and metamorphosed marine sediments of the Tethyan Ocean.  If you are a geologists this is a transect that you simply need to do and in addition its just a  great adventure.  Planning has already commenced for the 2017 expedition up into the remote Tsum Valley in northern Nepal.

Below is the final itinerary for the Manaslu Trek, commencing October 10 in Kathmandu.  We will be posting on Twitter and Facebook and you can follow our Spot Transponder here.

View the Trek Route and Points of Interest in Earth Google.

As departure date approaches for our trek in the Manaslu region,the monsoon season remains in full swing.  On Manaslu (8,163m) this year there are a remarkable number of foreign climbers and climbing Sherpas.  Seven Summits Trek is reporting 60 climbers and 70 Sherpas on the mountain, Asian Trekking has 18 foreign climbers and Himalayan Experience has five.  Trekking Camp Nepal is managing a Korean team and then there are the Chinese.   Considering that Manaslu has only been summited 980 times since Toshio Imanishi and Gyalzen Norbu first climbed it on May 9, 1956, 2016 should see a large number of summits.  This large increase in interest should have a very positive economic impact on the Budh Kandaki Valley communities hit hard by the 2015 earthquake.

On September 13 Russel Brice reported that the rain continued.

Alan Arnette comments that Seven Summits is already on their final acclimatization rotation aiming to spend nights at Camps 1, 2 and 3 before returning to base camp for the usual late September weather window.

Meanwhile Benegas Brothers Expeditions are mounting an expedition this year as well.  The last members of their team arrived in Kathmandu on September 4.  They left for Manaslu BC, September 7, via 4×4 to the village of Nagani Khola –  the end of the road.  The team trekked up the Marvangdi Valley and over Larkya Pass.  The Benegas Brothers team members reached Samagaon on the 15/9.  They will now stage to Base Camp.  This is a rapid ascent route and gives limited opportunity for acclimatization for climbers.  We will be trekking in the reverse direction over the pass after visiting Manaslu Base Camp.\n\n Benegas Brother Expedition to Manaslu trekking down the Budh Kandaki valley towards Samogan which they reached yesterday September 15. Remote spectacular and currently wet.

In summary, it’s been wet in Nepal this season and as of writing the freezing level was up to 5,000 metres.  There is little snow on the lower slopes and progress up Manaslu has been fast.  This more remote region of Nepal, around  Manaslu should be both a challenge and a delight.

Our route will begin in Barpak with a  steep 1000 metre ascent to the ridge and rapid 2,000 descent to Laprak, Gumda and the Budh Kandaki river –  in the first two days.  We will then walk up the Budh Kandaki Valley and eventually over the Larkya Pass at just over 5,000 metres.   We will post regularly on this blog ( and Twitter, Facebook and Linkedin) when communications allow.

We leave Kathmandu on on 12th October –  should be quite the hoot.