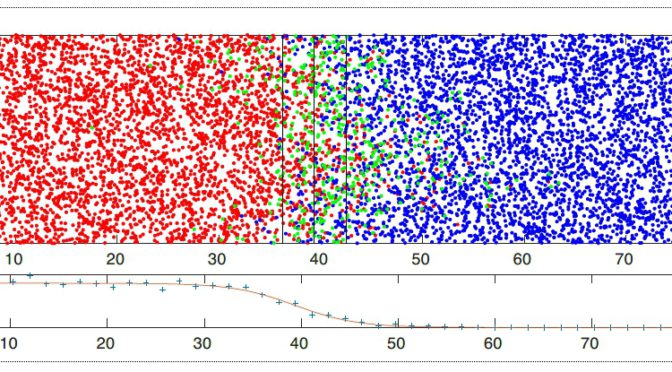 Jonathan Carroll-Nellenback and partners have published a fine article in Astrophysical Journal on a modelling exercise on civilizational expansion across the Milky Way, addressing the Fermi Paradox. According to a study published last month in The Astronomical Journal, extraterrestrial life might be taking its time to fully explore the galaxy, even using the movement of star systems to make this type of journey easier.

The Fermi Paradox has a long history in discussions of the prevalence of “alien” technological civilizations (i.e. ‘exo-civilizations’) in the galaxy. Originating with a lunchtime conversation in 1950 where Enrico Fermi famously asked ‘where is ev­erybody?’, the Fermi paradox was first for­malized in 1975 and has since become a standard framework for addressing questions concerning the preva­lence of exo-civilizations. Formally the paradox might be expressed as follows: “If technologically advanced exo-
civilizations are common, then we should already have evidence of their existence either through direct or in­direct means”

Assuming amongst other things that any interstellar probe would have a minimum velocity of 30km/sec which would be achievable using gravity assist from large planets within 1 AU they reach a number of interesting conclusion:

Even for slow probes (30 km/sec) they find that the upper limit of the galactic crossing times are just less than 1 Gyr. This is in accord with our modelling for the colonization of the Type A stars within 100 LY of Earth assuming 5 habitable planets amongst the 75 stars that meet this criteria. We estimated that dependent on probe speed would take between 350,000 and 900,000 years.

The authors discuss amongst other things the energy requirements for interstellar travel and suggest that this is a major impediment to the postulated wave of colonization. A multi-generational ship would they suggest require economies equivalent to that of entire solar systems. They consider a ‘medium multi-generational cruiser’ case . This would be a ship traveling at v = 0.05c, carrying a population of 104 people and weighing 107 tonnes. Such a ship would require a power of 6900 zettajoules (ZJ) funded by a solar sys­tem wide civilization of 900 billion people that would generate 1136 ZJ per year. The world presently produces around 1 ZJ Joule and this quantum of energy would require a significant civilizational commitment.

The Fermi Paradox and the Aurora Effect: Exo-civilization Settlement, Expansion and Steady States

We model the settlement of the galaxy by space-faring civilizations in order to address issues related to the Fermi Paradox. We explore the problem in a way that avoids assumptions about the intent and motivation of any exo-civilization seeking to settle other planetary systems. We first consider the speed of an advancing settlement via probes of finite velocity and range to determine if the galaxy can become inhabited with space-faring civilizations on timescales shorter than its age. We also include the effect of stellar motions on the long term behavior of the settlement front which adds a diffusive component to its advance. The results of these models demonstrate that the Milky Way can be readily ‘filled-in’ with settled stellar systems under conservative assumptions about interstellar spacecraft velocities and launch rates. We then consider the question of the galactic steady-state achieved in terms of the fraction of settled planets. We do this by considering the effect of finite settlement civilization lifetimes on the steady states. We find a range of parameters for which the galaxy supports a population of interstellar space-faring civilizations even though some settleable systems are uninhabited. Both results point to ways in which Earth might remain unvisited in the midst of an inhabited galaxy. Finally we consider how our results can be combined with the finite horizon for evidence of previous settlements in Earth’s geologic record. Our steady-state model can constrain the probabilities for an Earth visit by a settling civilization before a given time horizon. These results break the link between Hart’s famous “Fact A” (no interstellar visitors on Earth now) and the conclusion that humans must, therefore, be the only technological civilization in the galaxy.