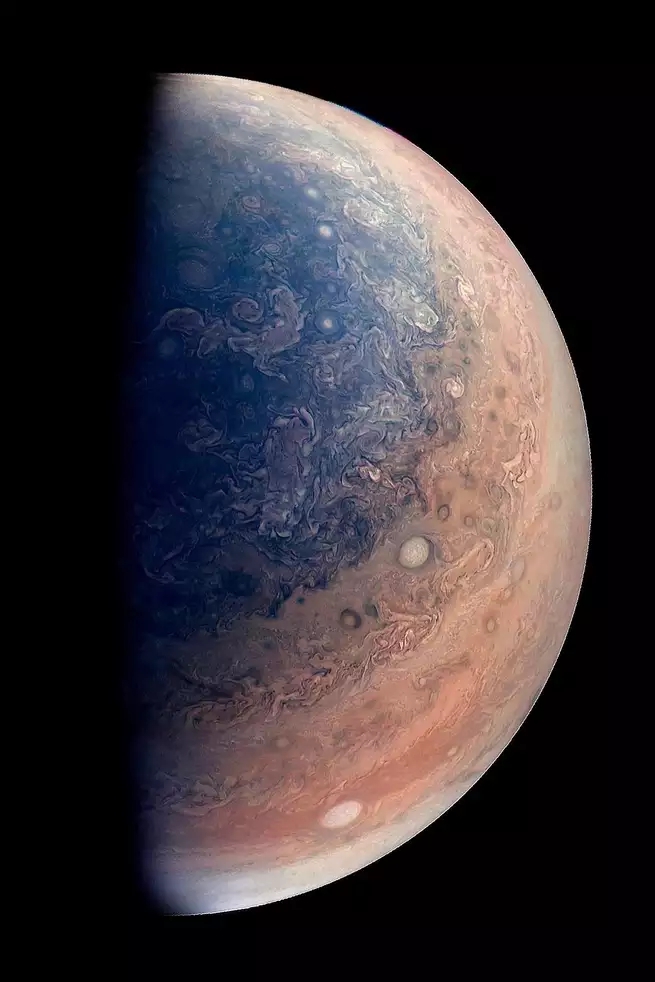 Jupiter as seen from the Juno spacecraft.
NASA/JPL-Caltech/SwRI/MSSS/Gabriel Fiset

This model is of particular interest for understanding processes in Jupiter’s magnetosphere, but to study the field within the planet and thus the dynamo mechanism that is responsible for generating Jupiter’s main magnetic field, alternative models are preferred.

The authors report maps of the magnetic field at a range of depths within Jupiter. They find that Jupiter’s magnetic field is different from all other known planetary magnetic fields. Within Jupiter, most of the flux emerges from the dynamo region in a narrow band in the northern hemisphere, some of which returns through an intense, isolated flux patch near the equator. Elsewhere, the field is much weaker. The non-dipolar part of the field is confined almost entirely to the northern hemisphere, so there the field is strongly non-dipolar and in the southern hemisphere it is predominantly dipolar. The authors that Jupiter’s dynamo, unlike Earth’s, does not operate in a thick, homogeneous shell, and we propose that this unexpected field morphology arises from radial variations, possibly including layering, in density or electrical conductivity, or both.